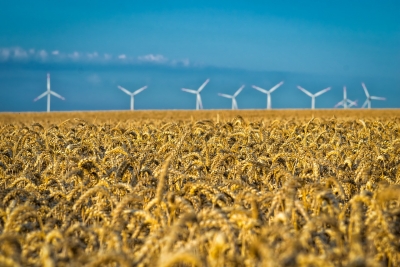 The objectives indicated in the Sen on renewables imply a doubling of wind power and a tripling of solar generation by 2030.
The key word is therefore to accelerate, but with intelligence and the element that is increasingly decisive is the attention to the landscape. The inclusion of photovoltaic systems in the national agricultural territory is a very current topic and a source of considerable debate. Photovoltaics is a great opportunity for agriculture because it allows to exploit otherwise unused and non-productive surfaces: they are under study and partly already realized, combinations of agricultural productions and solar generations that allow the exploitation of disused areas. In fact, by positioning the photovoltaic modules at a given height from the ground it is possible to minimize their aesthetic impact.
Already in 2014, Enea and GSE launched a competition of ideas and project proposals aimed at efficiency, energy saving and innovation aimed at enhancing territories of particular environmental and landscape value.
The Regions will therefore have an important role in defining the areas on which to build the plants, thus facilitating both the authorization process and a possible government intervention in the form of guarantees. In particular, during the course of this year the Climate 2050 program will be defined and the involvement of the various institutions, social and environmental forces will be decisive.