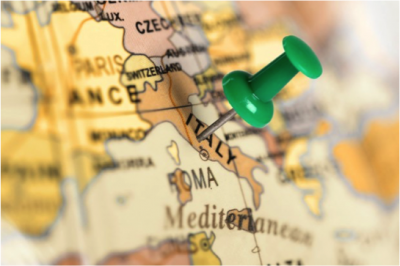 Policies: The development of renewables between the objectives of the new National energy strategy

The National Energy Strategy (SEN) is the document through which Italy is endowed with objectives of safety, quality, independence and economicity in the field of energy in close synergy with environmental issues. The updating of the document, in public consultation, was written by the Ministry of Economic Development in agreement with the Ministry of the Environment and the involvement of Parliament. It aims to improve the country’s competitiveness by reducing the price gap and the cost of energy compared to the rest of the European Union and ensuring that the long-term energy transition (2030-2050) does not compromise the Italian and European industrial system to Favour of the extra-EU. They also want to achieve de-carbonisation objectives at 2030 as well as continue to improve the security of supply and flexibility and security of systems and infrastructure.

Among the priorities of action identified by the new SEN is the development of renewables.

To date, Italy has already achieved the objectives envisaged for the 2020. In 2015 the energy produced from renewable sources covered the total consumption by 17.5% compared to a target, set for 2020, of 17%, which rises to 27% for the 2030. An ambitious but actionable objective if the interventions and investments are optimised for synergic and coordinated actions on all sectors considered:

Until 2020, the objective remains to continue to promote new investments through incentive-based premiums on production such as competitive auctions and by adopting a neutrality approach between technologies with similar structures and cost levels, on which it is useful Stimulate competition. For small plants and especially for particularly innovative technologies, differentiated aid schemes should be used.

Starting from 2020, with the achievement of technological and economic maturity, the mechanisms of support to renewables will evolve from direct incentives to production to enabling policies, or interventions that facilitate investment, eliminate Regulatory and procedural rigidities and allow citizens and economic operators to make their own choices of electricity supply without excessive organizational and financial difficulties.